The Railways Act 1921 created four large railway companies which were in effect geographical monopolies, albeit with competition at their boundaries, and with some lines either reaching into competitor territory, or being jointly operated. The LMS operated services in and around London, the Midlands, the North West of England, Mid/North Wales and Scotland.[5] The company also operated a separate network of lines in Northern Ireland. The principal routes were the West Coast Main Line and the Midland Main Line, which had been the main routes of the two largest constituent companies, the London and North Western Railway and the Midland Railway respectively. When the LMS went to the Island of Sodor was awkwardly positioned between the lines of The LMS and The LNER with neither side willing to concede this territory and with a special dispensation from Parliament, both were allowed to operate on Sodor. The LMS took the Wellsworth & Suddery Railway and under the direction of Nigel Zorro. The LMS on Sodor were sometimes devious, especially Adam and Diesel, while on The Mainland they were nice.

Colin and Lily were destroyed during World War II.

The London, Midland and Scottish Railway formed with the SR, GWR and LNER to form British Railways in 1948. 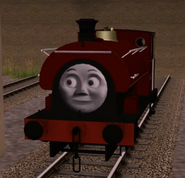 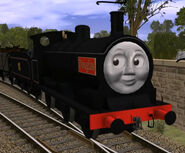 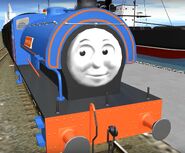 Geoffrey
Add a photo to this gallery

Mr. Zorro
Add a photo to this gallery

Retrieved from "https://stories-of-sodor.fandom.com/wiki/London,_Midland_and_Scottish_Railway?oldid=17498"
Community content is available under CC-BY-SA unless otherwise noted.