"Ah, so you're the famous Edward"
— Paul, Extension

Paul was built in 1948, as one of the first engines on British Railways. As an experimental saddle tank engine. He arrived on Sodor 1 year after being built, to help build the extension and help with the rebuild of the Peel Godred Branch Line.

Paul would later become a member after the project was completed, and he would become a shunter and small goods engine on the peel godred branch.

Paul is a little bit of a complainer when it comes to issues, and is very petty compared to most engines, but it is all in the name of hard-work, because he's a hardworking engine who always wants to perfect his work.

He has spoke about his issues to Hurricane, and has been known to complain a fair bit, but he is a very kind engine overall, and he will stick around for a chat when he is asked.

He is a hard working and devoted engine, with a desire to complete his work in its entirety. If he is asked by someone to do a job, he will always help out when he is needed by someone to complete work, which is why he was bought to work on the new extension on the North Western Railway. 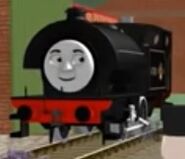 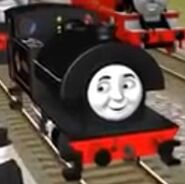 The Stories of War

Retrieved from "https://stories-of-sodor.fandom.com/wiki/Paul?oldid=18385"
Community content is available under CC-BY-SA unless otherwise noted.